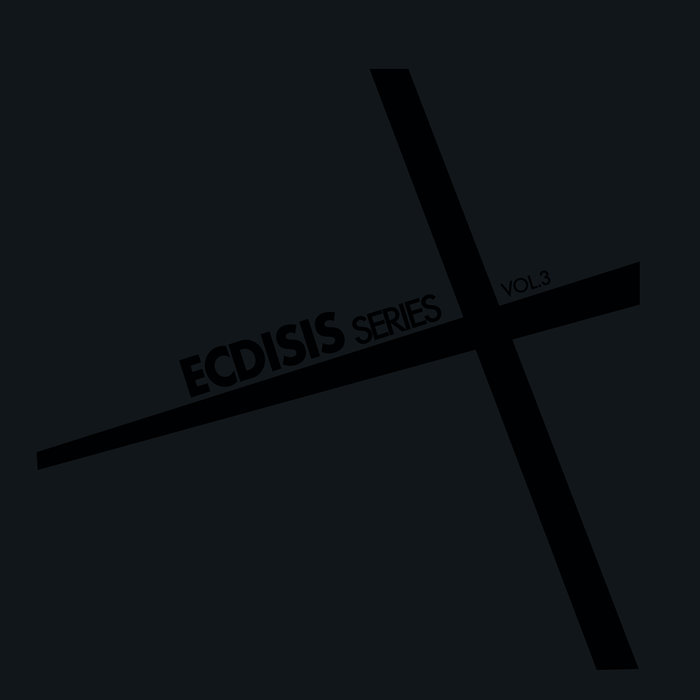 Following up Batozsek’s four slices on Vol 2, Ecdisis Vol 3 is fresh and ready to wreak some havoc. Some familiar names from the first volume of these series return for the third instalment as well as an otherworldly figure in the electronic music world.

Up first is Vinilette, returning after her excellent appearance on Ecdisis Vol 1. A brood of beats take hold for Vinilette’s rework of Flux of Pink Indians’ “Nothing Is Not Done.” Tribal, this rhythmic romp is inspired by the 1986 piece on Uncarved Block. Layers of kick drums, bongos and toms echo and judder as a cold line circles and closes ever tighter. Following we have the head honcho, Juanpablo with his extended edit of Mac Blackout’s “Do The Dance In Your Head” which original version came out in Valencia’s imprint B.F.E. in 2011. The original song with its guttering guitar strings and nicotine stained vocals, proves ample ground for the Frigio boss to work with. The intro is given room, adopting a doom disco march, before the fearsome crash of strings. The lyrics, a lurid tale brimming with menace, are sweetened with twirling notes in this grisly stomper. The final attack sequence comes care of Mick Wills with his amazing cut of an unreleased track by Argentina’s great producer NGLY. Dark and looming this distortion streaked encounter will leave bodies and speaker cones raw.

Three edits with one central vision. This is music that cuts to the bone, these are tracks that continue that intent first established by Ecdisis Vol 1.